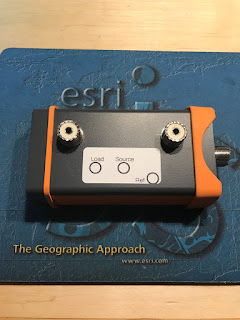 It is embarrassing to admit that I have not built a directional coupler until this week.  I built one yesterday and the results were so interesting, I built a "better" one today.

Through what seems as much magic as anything else, a wire grounded at one end, and laying parallel another conductor with RF "on" it will have a sympathetic signal generated by the wave fronts travelling from the grounded end to the sensing end.  Not so much the other way around.  Every ham knows of Forward and Reverse readings on an SWR meter.  This is the same effect. 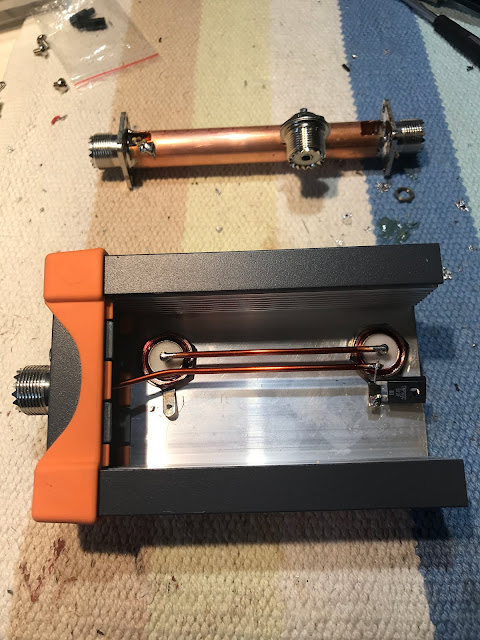 My first attempt was with a 1/2" copper pipe and some connectors, and #14 magnet wire.  It worked well enough but the UHF connectors distorted due to the heat of sweating them onto the pipe and I could not get connectors in them.  Plan B

Hunting around for a suitable box, I found the one pictures below.  Much roomier than the 1/2" pipe.  An RF precision 50-ohm termination is at the right-hand end of the sensing element. 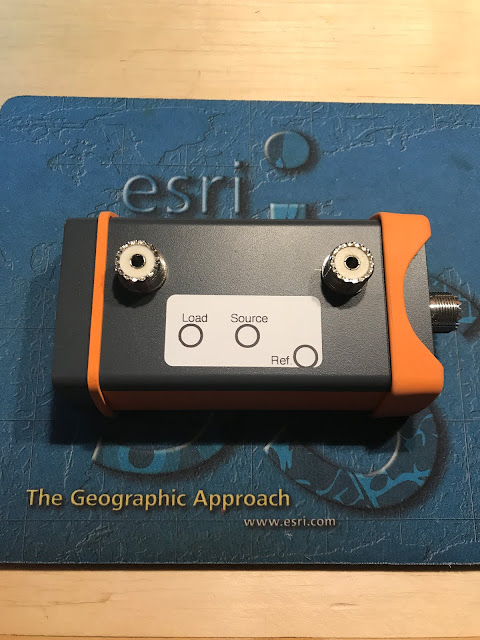 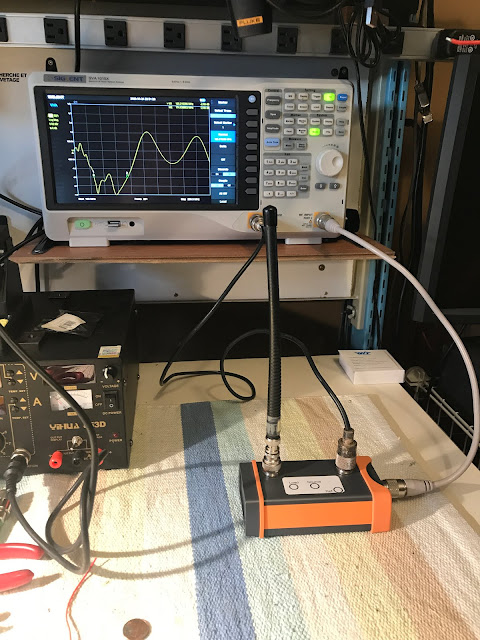 Connecting the Tracking generator output to Signal, a test antenna to Load and Port 2 of the VNA to the Reverse Sense port gave the following results.  When testing an antenna, less reflection at a frequency is better.  Sweeping through a range of frequencies "paints" a picture of what frequencies the antenna is most effective at and what frequencies it is not effective on.

The sweep following is of the Rubber Duckie antenna pictured above.  It appear resonant from 125 through to 174 mHz. 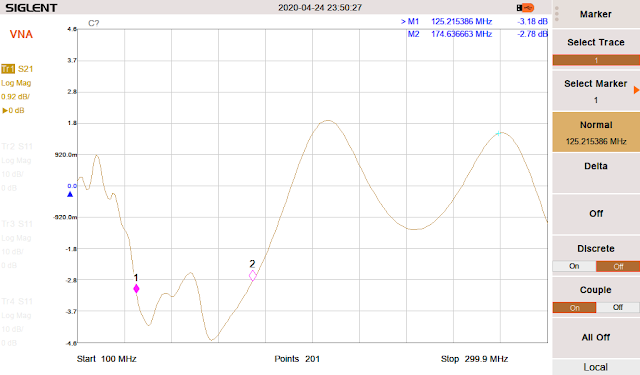 My multiband fan dipole on the roof of the house is another matter entirely, with multiple resonances

more or less lining up with the ham bands.  Some better than others.  It looks as if I could spend another day on the roof fine tuning it.  Mind, you change one element and the whole thing shifts.  I see why it is so good at 3.573, the FT8 frequency, and so lousy at 3.733 mHz, the chat net I try and check into some evenings.  All in all the Directional Coupler appears to be a use 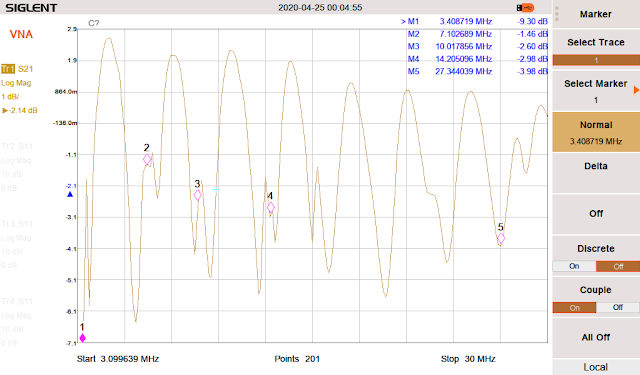 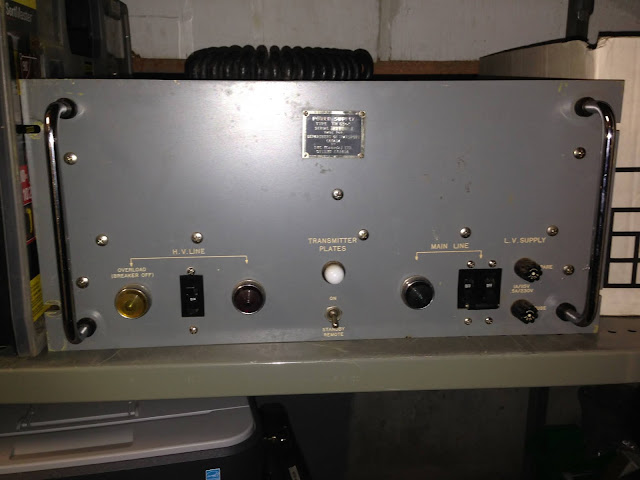